The Character Across the Campus Character Trait for March is Knowledge

Spring break is fast approaching and we know the cadets are super excited to get off campus, relax and have some fun. If your cadet is taking medications and supplements that you would like for us to pack, please let the Infirmary know by March 24th. 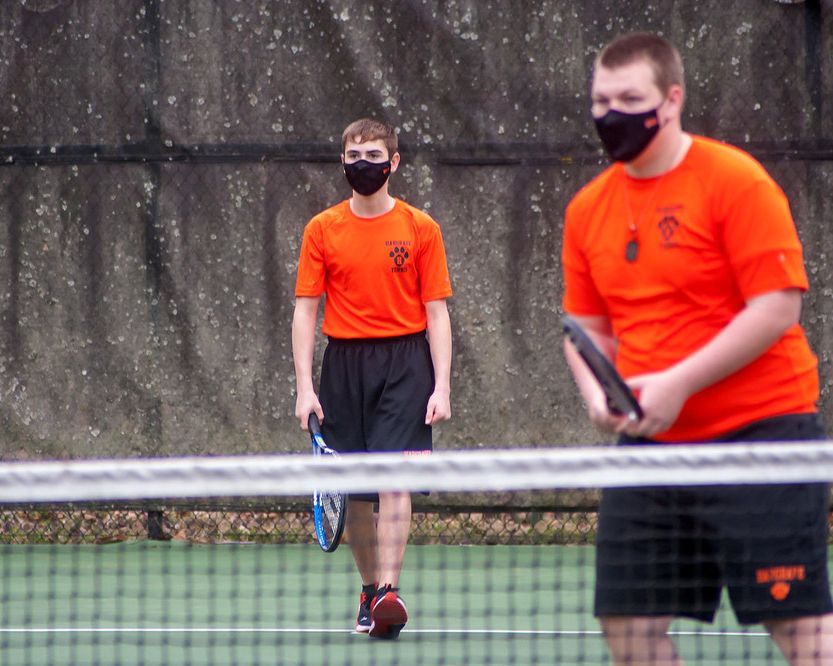 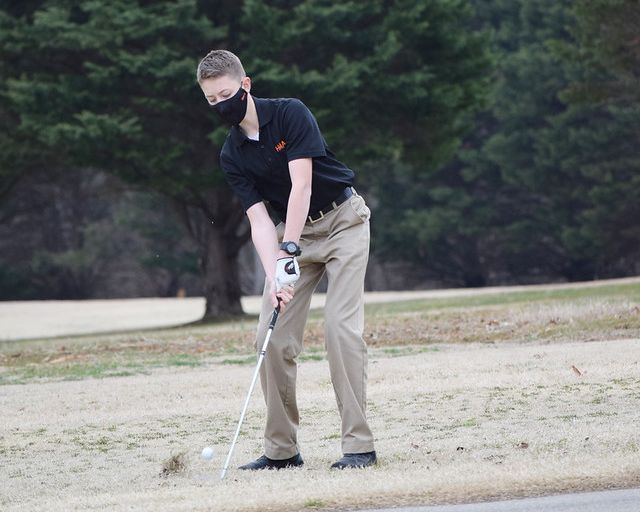 As part of this year's Spiritual Emphasis Month, Hargrave hosted speakers and musical artists from across the United States: pastor Bob Paddock, author and pastor Josh Griffin, worship band Red Letter Society, extreme sports ministry Real Encounter, and hip-hop artist Legin. Throughout the month of February,  cadets enjoyed musical performances, a motorbike stunt show, and conversations with the special guests. Cadets were able to learn from individuals with different experiences and talents who challenged and encouraged cadets to live an “abundant life” (from Jesus' words in John 10:10) and who spoke with cadets about how to live in the fullness of life that Jesus offers.

We will be releaseing additional Spiritual Emphasis Month videos in the near future. 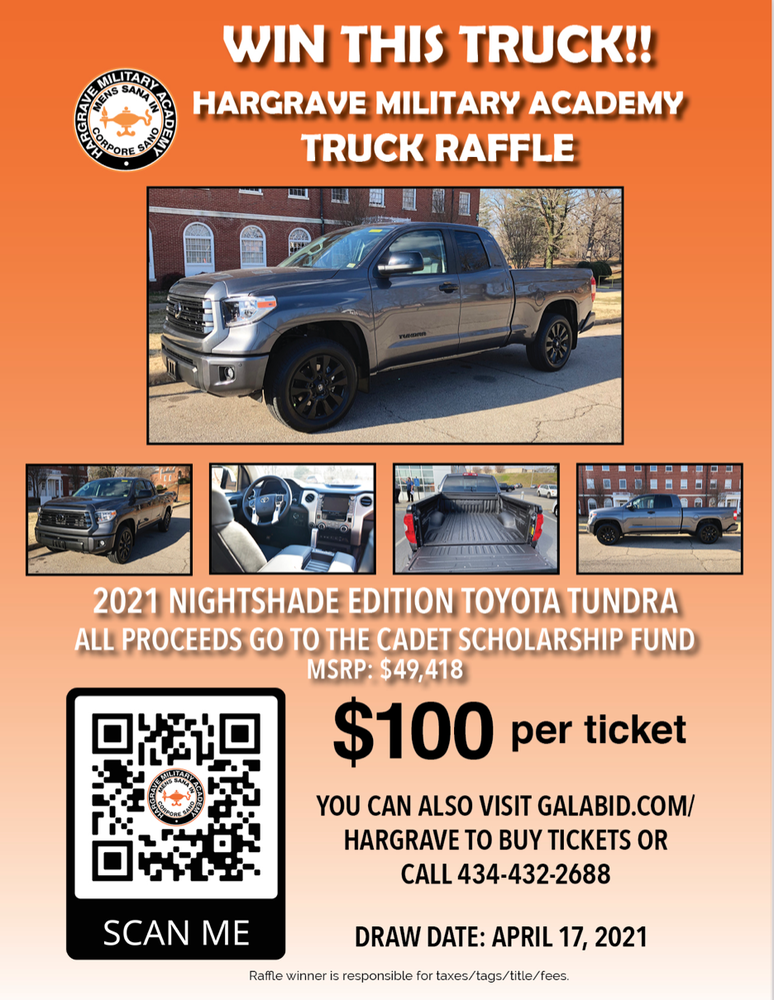 Eye of the Tiger

We had a strong group of Cadets compete in the Eye of the Tiger Competition over the weekend. The first event started at 1300 on Saturday and they finished at 0830 Sunday with only 3 hours of sleep. A summary of the events that they completed is as follows:

Fitness Test (push-ups, crunches and 1 mile run for time)
Team building challenge where they moved two tractor tires, two casualties on stretchers, four 30 pound ammo cans and four 5 gallon water jugs from the football field to the rappel tower.
Wall climb and rappel
Obstacle course
5km Hike with pack and rifle
Night land navigation while evading detection by Cadre and TACs
Kim's game (ability to observe and recall details about items displayed on a table after being exercised for 20 minutes)
Uniform inspection
Recital of the HMA Song
50m swim with pack and rifle
3 min float/drown proofing
Jump from high dive followed by 50m swim.
We finished the event with a Warriors Breakfast to celebrate their accomplishment.

The event started with 32 Cadets participating and ended with 13 Cadets earning the title of "Official Tiger" and earning the right to wear the EoT Badge and beret.

Please congratulate the following Cadets for earning their badges:

View Eye of the Tiger Photos on the Hargrave SmugMug. 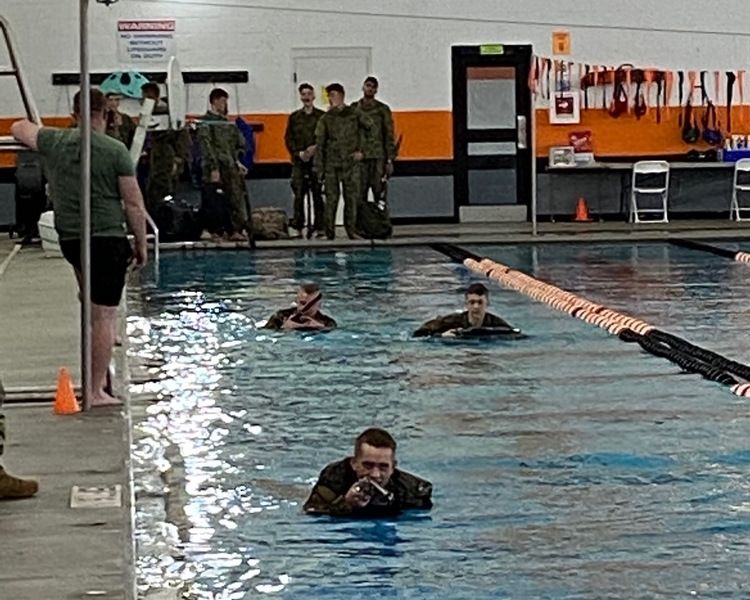 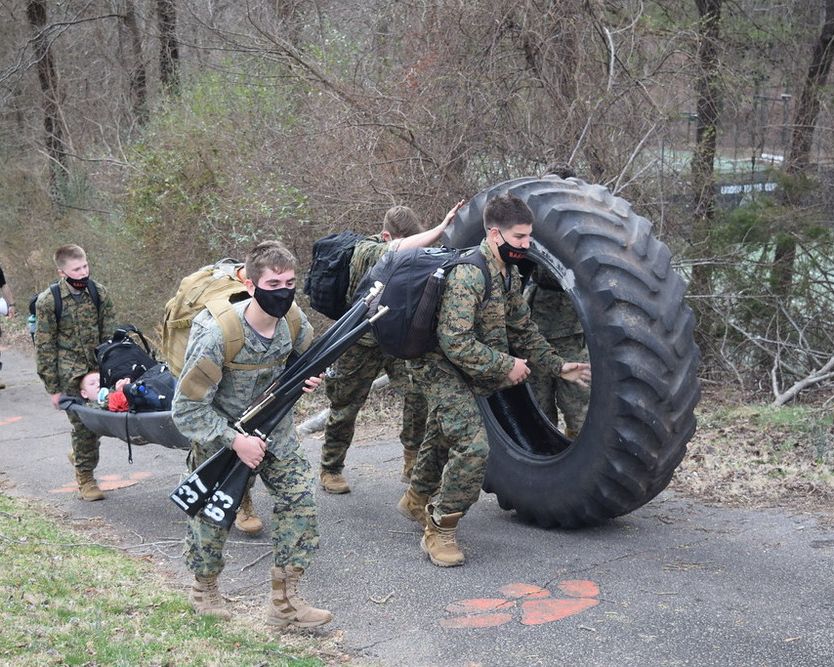 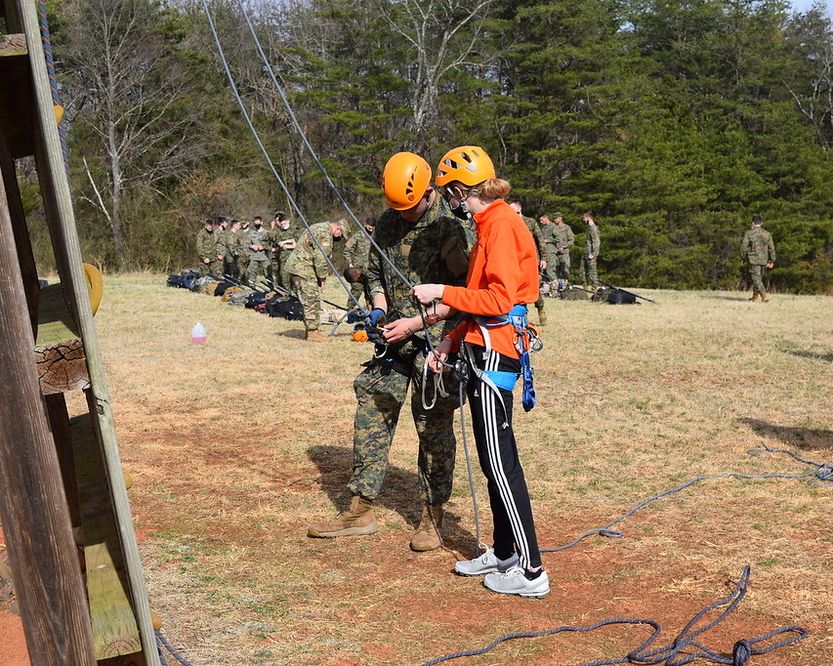 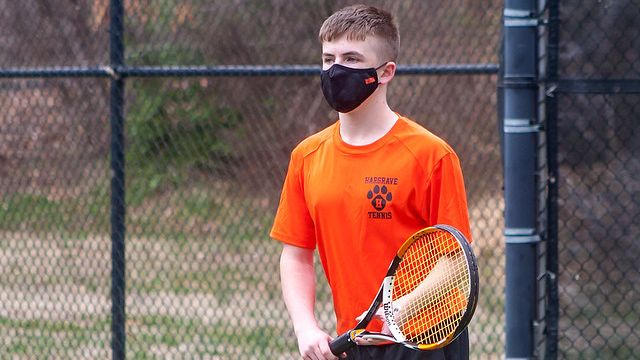 With a roar, the Tigers welcomed the Fork Union Military Academy Blue Devils back to Landon Tennis Center after a decade-long absence.  The energy of the crowd spurred on the HMA doubles teams as they tried to move beyond a season-opening loss and a reversion to true March temperatures in the 50’s and threatening clouds overhead.  When the dust finally settled, the team score of Tigers 1, Blue Devils 8.

As a reminder, in high school tennis, singles and doubles match victories each count as a team point; thus 9 points are possible from six singles matches and three doubles matches. This afternoon, the coaches agreed to an 8-game pro set format for all matches (first to win 8 games with a two game advantage; a tiebreaker is played if 8-8 should arise) with ad (deuce points are played). While exhibition matches don’t count toward the team score, they are invaluable in training future competitive tennis players.

The ladder continues to shift with the return of John Ratchford ‘22 (Charlotte, NC) from a shoulder injury.  He teamed up with Kevin Hawkins ‘22 (Vero Beach, FL) at first doubles.  Long-time teammates Conner Henretta ‘23 (Roanoke, VA) and Ethan Teluk ‘22 (Manlius, NY) took the middle court at #2 doubles.  The novice sparkplugs of Nick Brown ‘25 (Chatham, VA) and Quang Le ‘23 (Houston, TX) filled out the doubles bracket at #3.  After the dust cleared from the doubles battles, the Singles ladder took their positions: Hawkins, David Chen ‘22 (Chiangmai, Thailand), Ratchford, Henretta, Teluk, and Brown.  While the competition ladders were slugging it out, Eryk King ‘22 (Chatham, VA), Patrick Souza ‘25 (Halifax, VA), Chance Whitenack ‘22 (Knightdale, NC), and Le picked up exhibition matches against their opposites from FUMA.

Hawkins/Ratchford (L 6-8).  They were in the spotlight and deservedly so.  The crowd at courtside was treated to a fast paced battle of solid tennis.  Hawkins’ solid serve and heavy topspin baseliners were punctuated by Ratchford’s flat stabs to midcourt and his own baseline blasts.  With only a single day of practice after Ratchford’s return, the duo undoubtedly surprised themselves with their complementary play.  The first series of first serves had the score at 2-2 and ratcheted up to 4-4 and then the Tiger lead stalled at 6-5 as each duo sought to both exploit their opponents weaknesses without making mistakes of their own.  At that point, a switch flipped and FUMA’s Ortiz and Shpak slammed the door to take the last three games and close out the match 6-8 despite the gritty play of the Tigers.

Henretta/Teluk (L 1-8).  Despite an injury during warm up (forefinger), Teluk refused to let it slow him down.  Unfortunately, the impact was greater than expected.  Despite the challenges to Teluk’s forehand and service, Henretta continued to scramble to keep them in the match.  The experienced Hernandez and Zaitsev were able to capitalize on the imbalance and carry the day.

Brown/Le (L 4-8).  The novice duo continues to grow in confidence and foundational skills.  Le jumped on any shots in his zone while Brown chased down shots in the backcourt and directed the team tactics.  The match was close, but 4-5 was the high water mark for the Tigers before the Blue Devils closed out the contest.

On the singles side, Hawkins fought back valiantly against an unflappable Ortiz in the #1 singles slot.  Hawkins hung in there until 4-5 despite feeling that his forehand and serve weapons had abandoned him.  A break, hold, second break, and the score tube told a story that didn’t include the great netplay and solid groundies generated by both players.  At #3, Ratchford was tested physically and mentally.  In a game normally over in a few minutes, Ratchford and Shpak had a 10 minute exchange deuce points with the set score 1-2 with Ratchford serving.  After the seesaw battle was over, Ratchford emerged victorious, but with an extra 40 serves on his arm.  The gas ran out for him at 4-4 as Shpak found his power zone and ground out a slow but inevitable victory.  At the #6 slot, Nick Brown settled into his match with the same grit that he demonstrated in doubles.  With the score tied 2-2, he took the lead to 3-2.  From there, he continued to stave off his determined opponent, 5-3, 6-3, 7-4, before finally putting up the match 8-4.

Many thanks to the tennis parents that unexpectedly provided pizza for the players.  It was a glimmer of sunshine at the end of a good afternoon's work.

The Men of the Match: John Ratchford and Nick Brown.

Both Ratchford and Brown demonstrated determination in the face of tough doubles matches and then singles matches that tested their mettle.

Next week, Hargrave takes to the road first with a match against VIC powerhouse Covenant School in Charlottesville at the Boar’s Head Sports Club (this was previously listed as a home match) on March 23 at 4:30 and a singles-only match against Virginia Episcopal School (Lynchburg, VA) on March 25 at 4:30.