The Character Across the Campus Character Trait for February is Faith 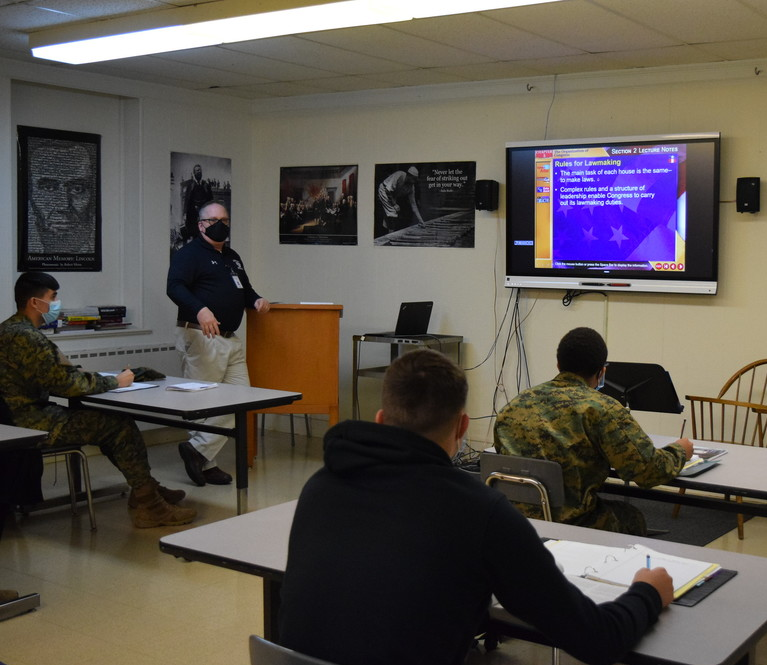 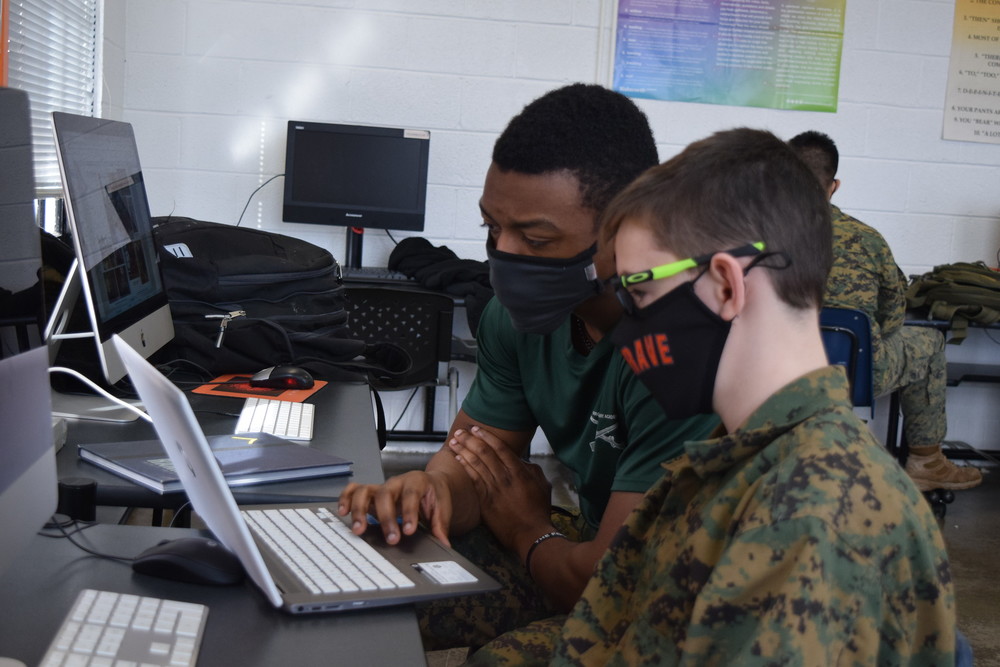 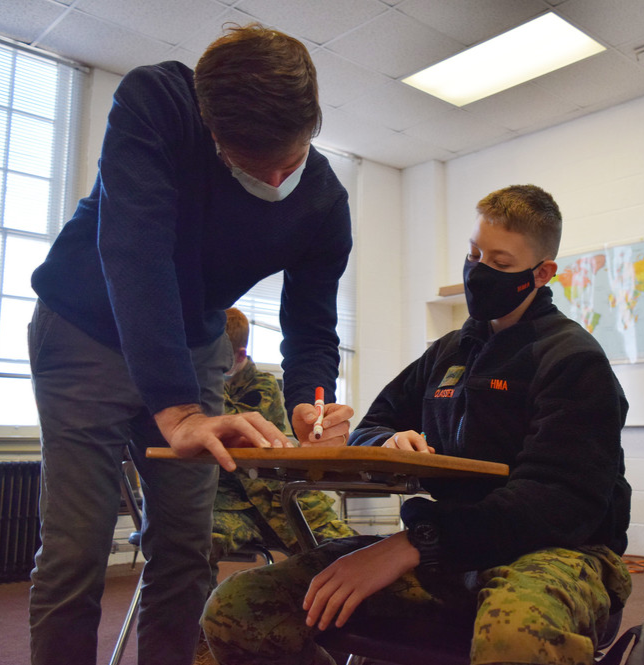 The cadets of the leadership 2 Course completed their class project that included building a balance board obstacle at Hargrave’s Leadership Reaction Course. The entire project was planned, resourced, budgeted, and built by Cadets Nathan Higdon and Andrew Ponton. The new obstacle is designed to test teamwork, effective communication, and attention to detail to complete the objective of balancing 2 teams on either side of the platform. Assisted by Cadet Jay Thompson and Katherine Dooley, the small construction crew built the obstacle in just 3 hours. 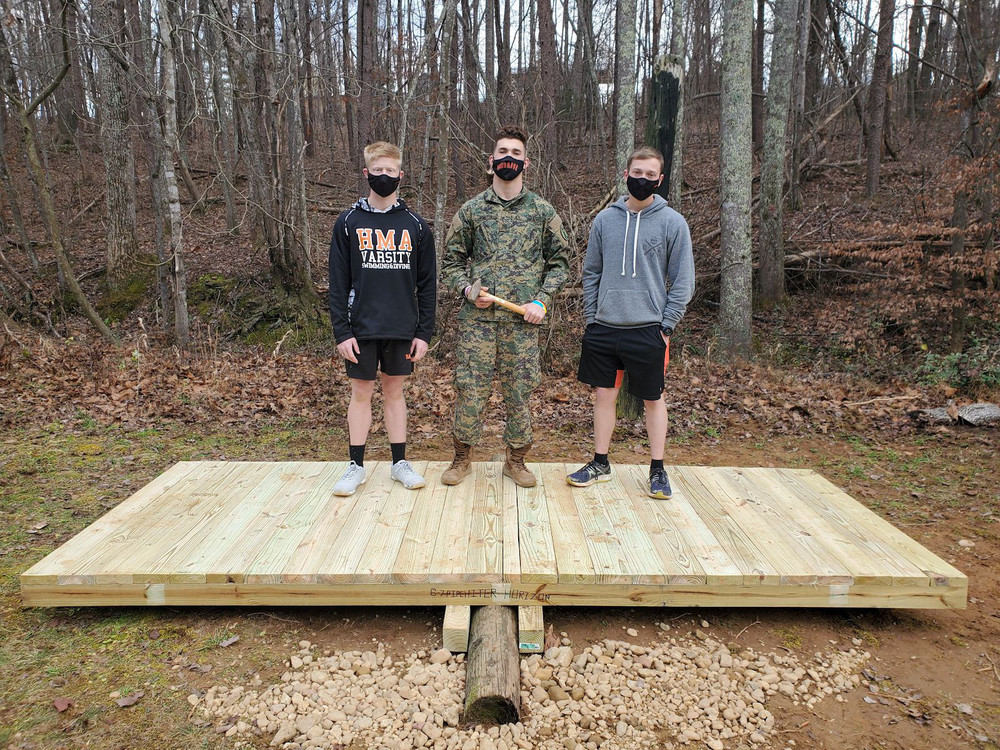 On 8 December 2020 Cadet Master Sergeant Zinke was recognized with the General Colin Powell Leadership Medal for his efforts as an exceptional leader at Hargrave Military Academy. The General Colin Powell Leadership Medal was established to recognize Hargrave cadets who demonstrate achievement within the Hargrave’s Military Department and the 4 Pillars of Academics, Athletics and Fitness, Character Development, and Spiritual Growth. In addition, the medal represents a commitment to the Hargrave Leadership and Character Development Program as prescribed by Hargrave’s honor code, policies, regulations, and as administered by the Director, Center for Leadership and Ethics.

The opportunity to earn the prestigious General Colin Powell Leadership Medal is available to all Hargrave cadets who meet the rigorous requirements, to include favorable completion of the Leadership 1 Course, and having successfully served in a leadership position within the corps of cadets for 1 year.

This meet was an opportunity to try some things out, and some things worked and some things did not. There were more DQ's than was necessary and we dropped some valuable points on some basic mistakes. But it is early in the season and with the majority being new, it is to be expected. "Mistakes are proof that you are trying."

So with these outstanding performances,  your Hargrave Swim Team beat North Cross 51-25!

Fast forward almost 11 months and both teams found a way to prevail through the pandemic to provide an outstanding basketball game in an empty gym where all that could be heard was communication, shoes squeaking, and the sweet sound of the basketball swishing through the net. Virginia Episcopal got off to a hot start as they poured in 63 first half points and the Tigers found themselves trailing 63-35 at the break. Head Coach Alan Petty noted, "The offensive firepower was on full display tonight. After scoring 39 points in our last game to scoring 35 in the first half tonight is a huge improvement. We were sharing the ball and taking full advantage of our open looks as a team."

The second half mirrored the first half, as Virginia Episcopal increased their halftime margin early in the third quarter. However, senior leader, Collin Himmelberg (Chapel Hill, NC) put the team on his back and started to really propel the Tigers offensively in the second half. Himmelberg poured in 29 of the Tigers' last 31 points en route to a career high 44 points. Ultimately, the Tigers were defeated 112-77 but showed some promise despite the losing effort. "We took some strides forward tonight. Still need to clean some things up defensively but if we continue to build and stay connected then we will continue to make progress," remarked Petty. "Quick turnaround to this weekend but I have a feeling our guys will be all juiced up for a pair of rivalry games!" 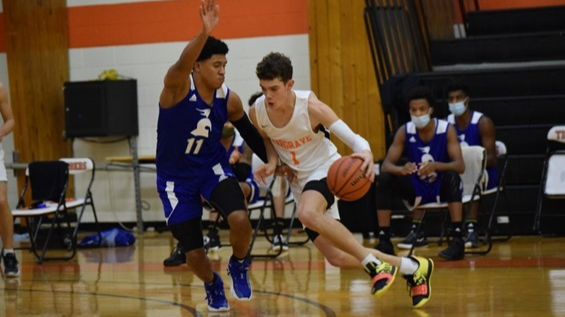