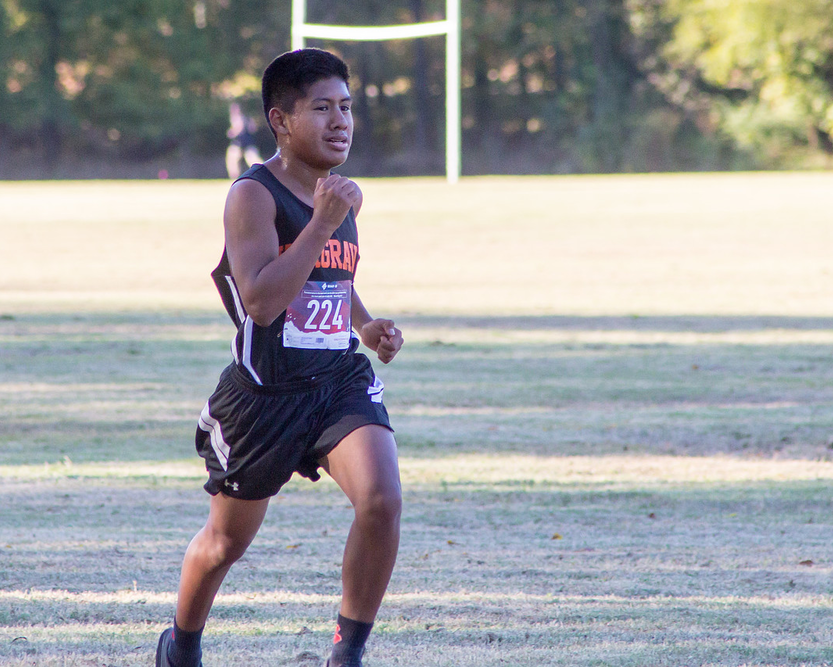 Athlete of the Month
October Athlete of the Month: Wesley Marquardt '21, Cross CountryWes Marquardt (Charlotte, NC) really led the Runnin' Tigers throughout the past month.  He was the first Tiger across the line at tough hilly courses at North Cross VIC meet and the Caisson Classic Invitational in Waynesboro, VA. As the month progressed, Wes had a great showing at the Metro Meet in Danville, where he earned All-Metro Second Team recognition. Marquardt closed out the month in style as he sprinted to a second place finish for the Tigers in the VIC Conference Championship Meet!
Congrats, Wesley!
TIGERS IN NCAA BASKETBALL
On Saturday De’Riante Jenkins '16 and Scott Meredith '15 got together following their game on Tuesday night. The Tigers had over 25 graduates and 12 former coaches in action in NCAA Division I Men's Basketball as the season tipped off this past week. Several more are playing or coaching at all levels college basketball (NAIA, Division III, and Division II).  It is a thrill to watch Hargrave alumni go onto the next level to follow their passions to compete with the best and be the best! 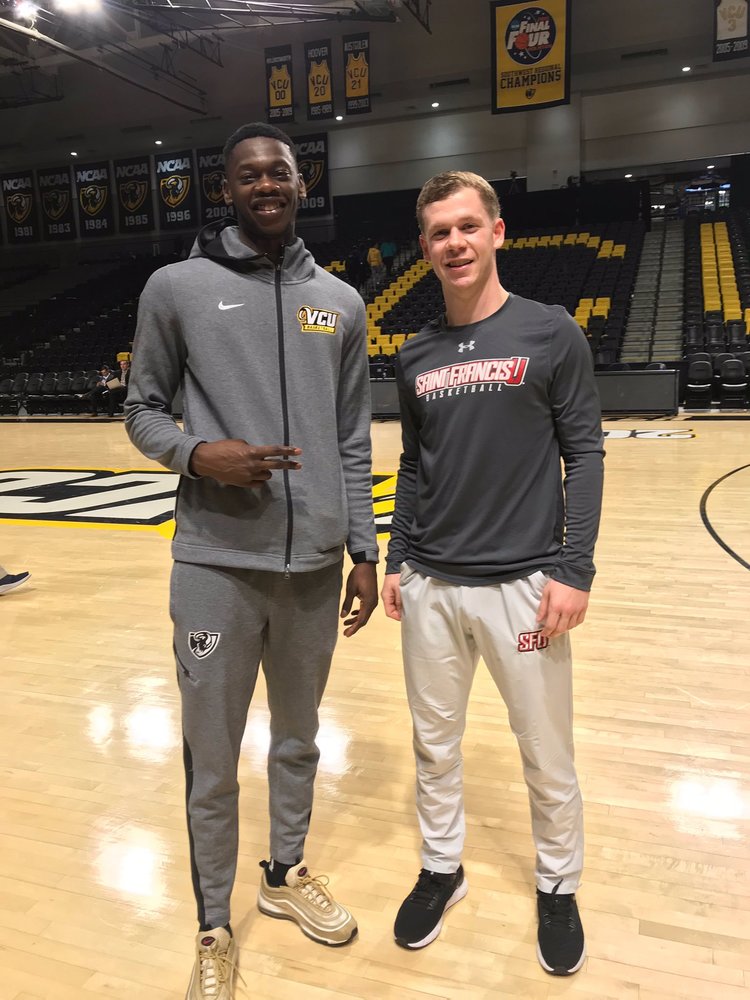 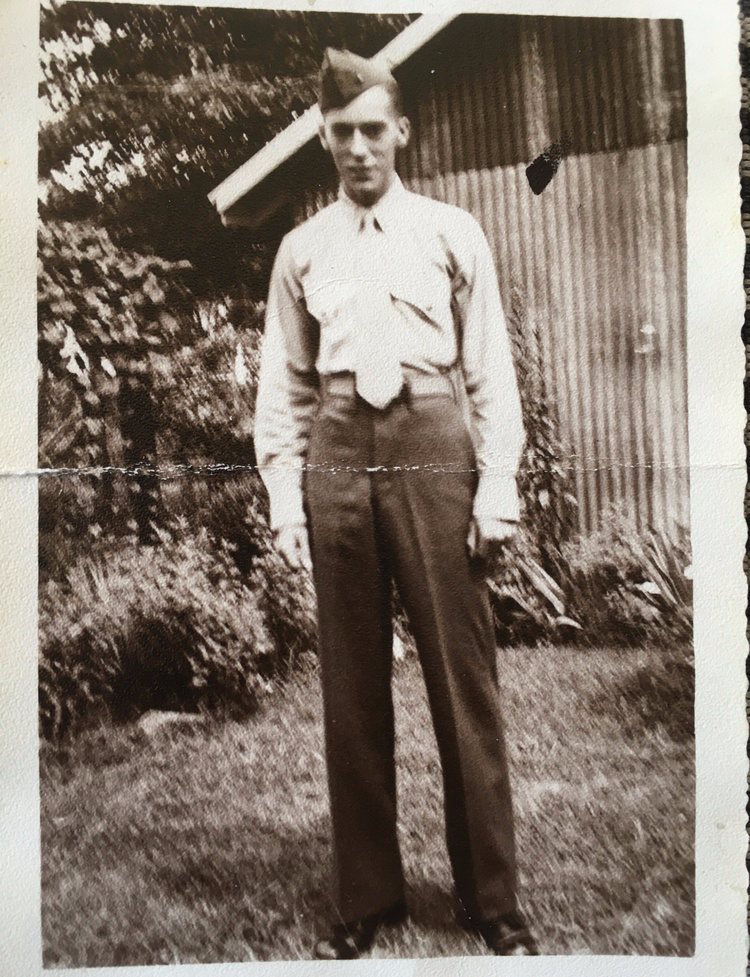 On Monday, November 11 at 11 AM in the Cheatham Chapel, a second event will be held. This year marks 75 years since the epic WWII battle of Iwo Jima.  We have invited the Iwo Jima Association of America (IJAA) to speak at a school assembly. It is estimated 1500 World War II veterans pass away every day in the United States. The goal of this program is to educate the youth of our nation about the sacrifice of the “Greatest Generation” and ensure their sacrifice is not forgotten. The assembly will discuss the battle, the implications to both countries through time, and will include a question & answer period with the presenters from IJAA.

Pictured left is Harvey Price Perkins Jr., the grandfather of Hargrave faculty member Elliott Perkins, who fought at the Battle of Iwo Jima. He volunteered at 17 to join the Marines and received a Purple Heart for his service during the battle.

PG BASKETBALL AND ALUMNI GATHERING IN THE BAHAMAS

The Postgraduate Basketball Team spent the past weekend in the Bahamas where they competed against elite teams from around the world.

In addition to some great basketball, our Hargrave team and staff also had a chance to catch up with the Bahamian Hargrave Alumni group. It is always a special event to reconnect with our international alumni. For several decades, a Hargrave alumnus sponsored scholarships for cadets from the Bahamas.

The PGBB Tigers went on to have a great weekend with an undefeated (3-0) record for the tournament. 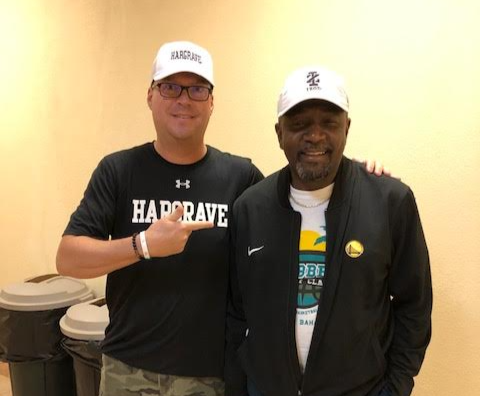 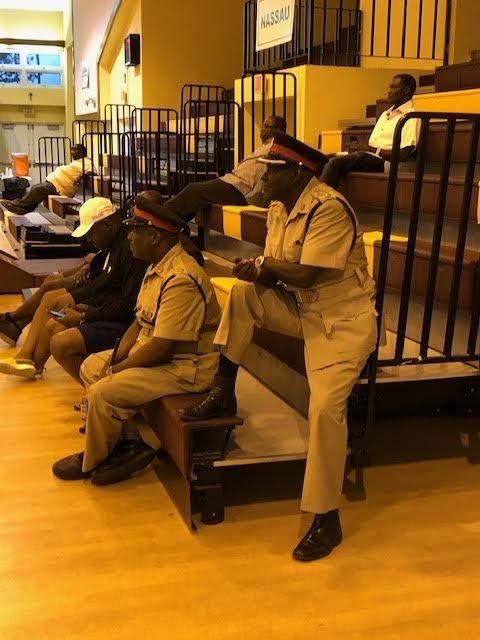 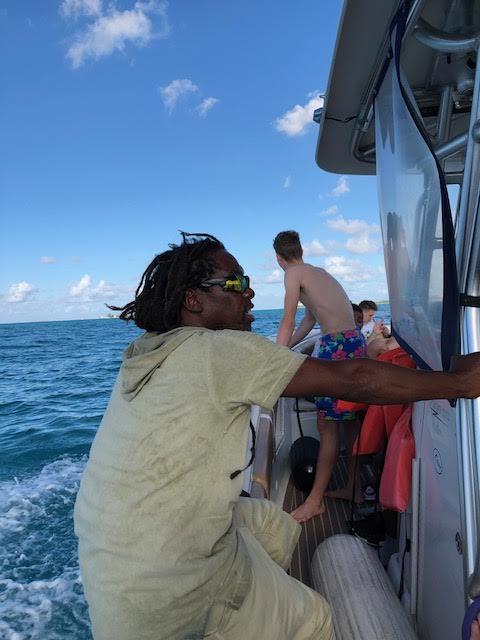 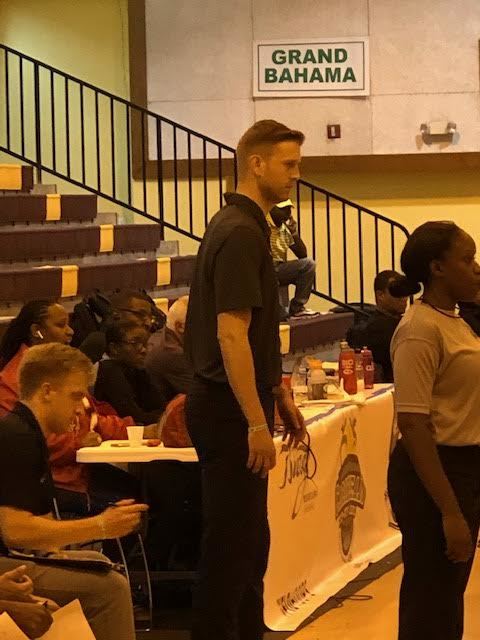 The 2019-2020 winter sports season at Hargrave has begun. Cadets can choose from a wide variety of sports including rifle, wrestling, swimming, and basketball. We look forward to cheering them on this winter! 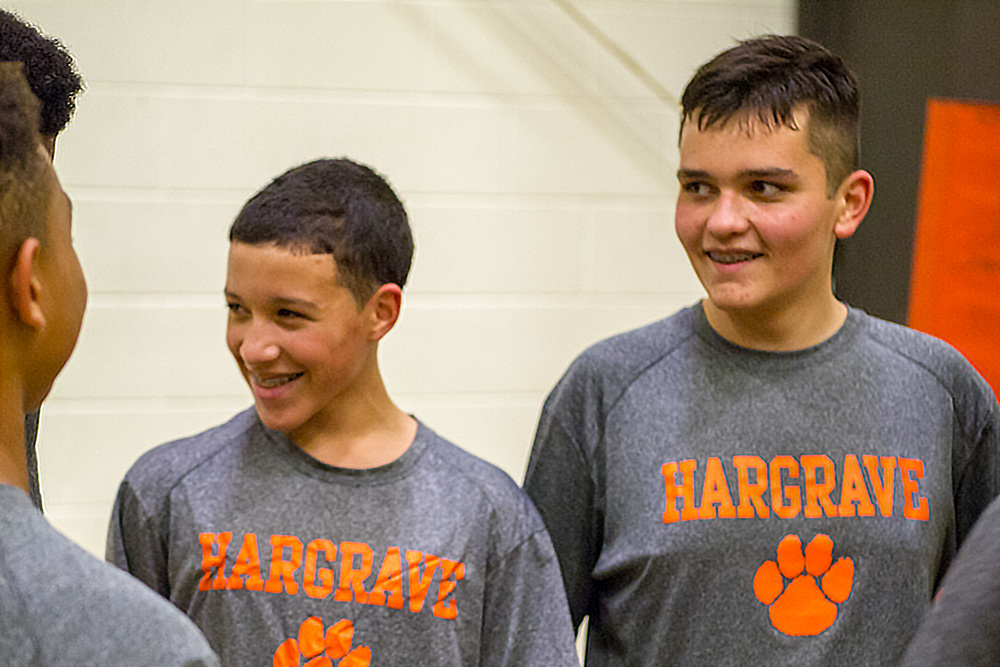 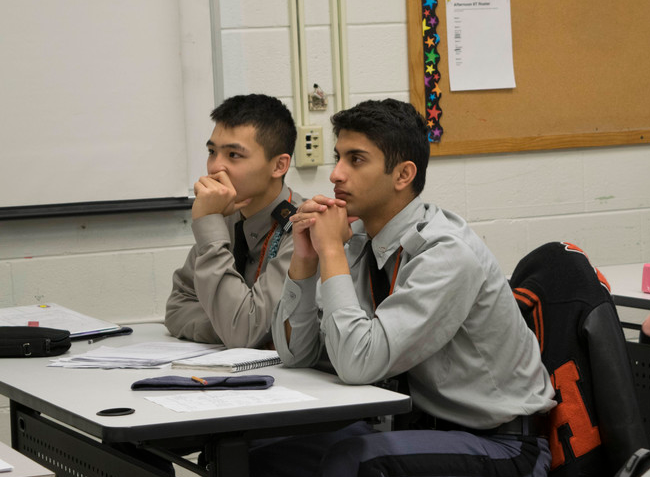 REMINDER ON THE GRADE SYSTEM

The most recent reported grades are used to create the "Academic Restriction List" that does not allow cadets with 2 more D's or an F (even on an interim report) to miss academic time.

"Designated Study Hall" is triggered when a cadet doesn't complete homework on time.  We balance between fitness time and academic studies.  We don't lightly take away the time for fitness as we know cadets need to establish healthy fitness habits even as they strive for academic success.

In addition to the professional help available from the ALC and faculty during Study Hall, Beta Club members and other cadets have volunteered to act as Peer Tutors during Free time or Residential Life time. We have found that students often feel more at ease with a peer tutor.  This allows for higher levels of concentration, communication, and encouragement. In addition to the academic benefits, peer tutoring also helps develop personal relationships and appropriate social skills, particularly in the arena of effective and thoughtful communication. If your cadet might be interested in being a peer tutor and not a member of Beta Club, please encourage him to reach out to Mrs. Martin (ALC Director) or Mrs. Kent (Volunteer Club sponsor). 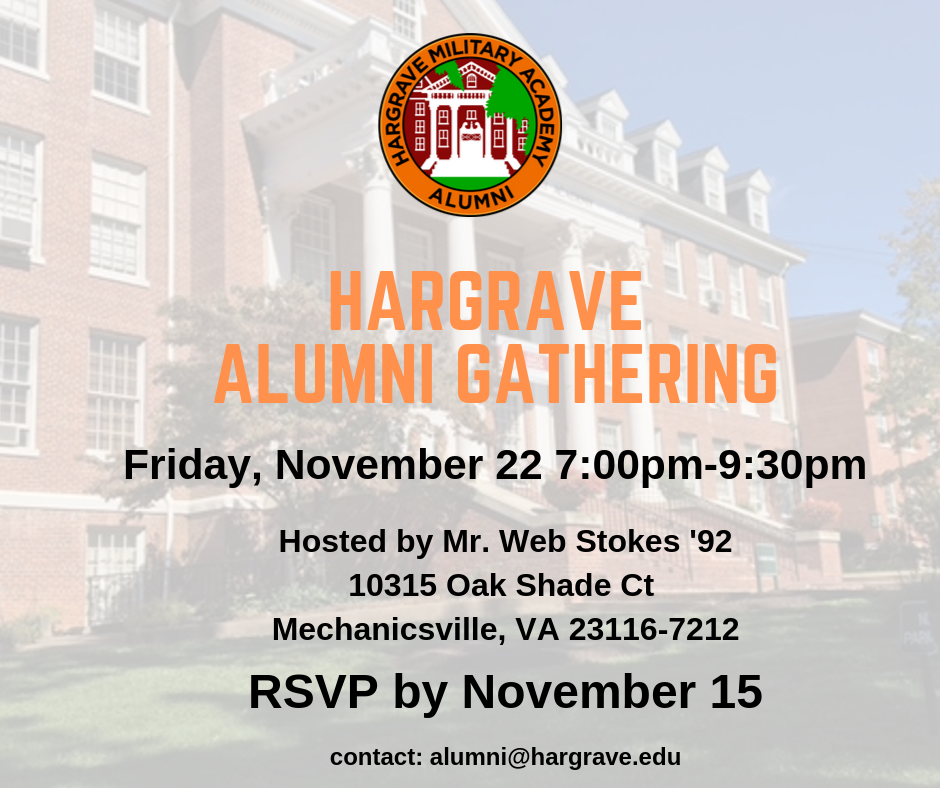 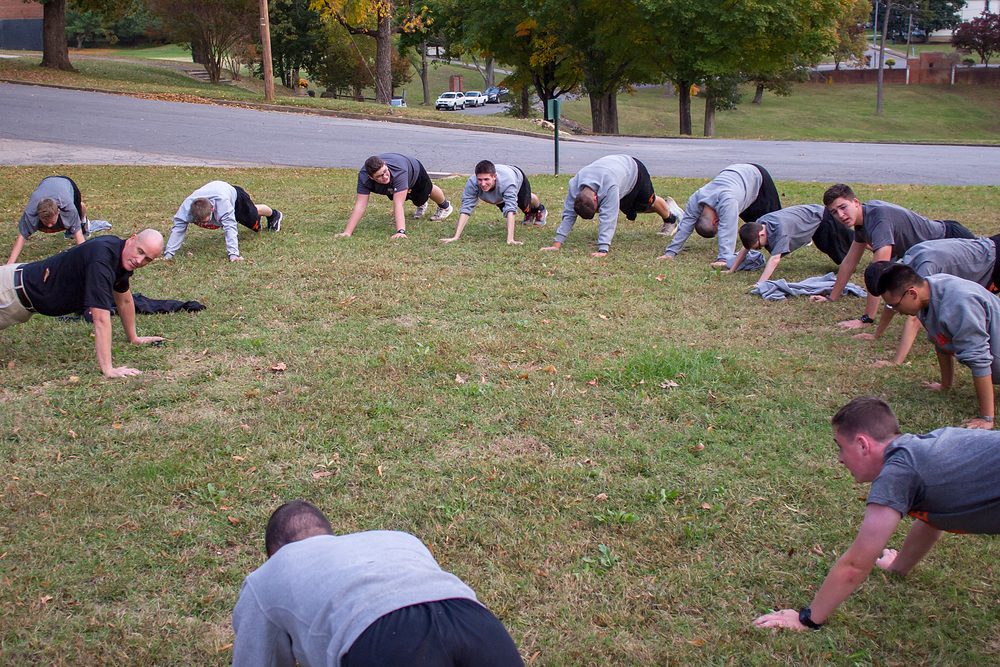 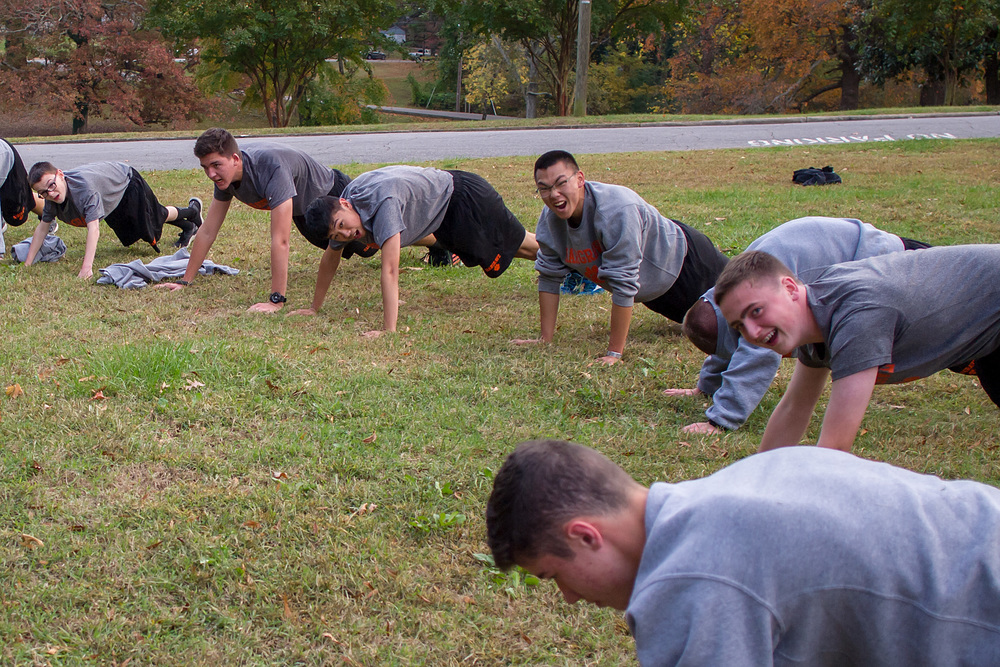 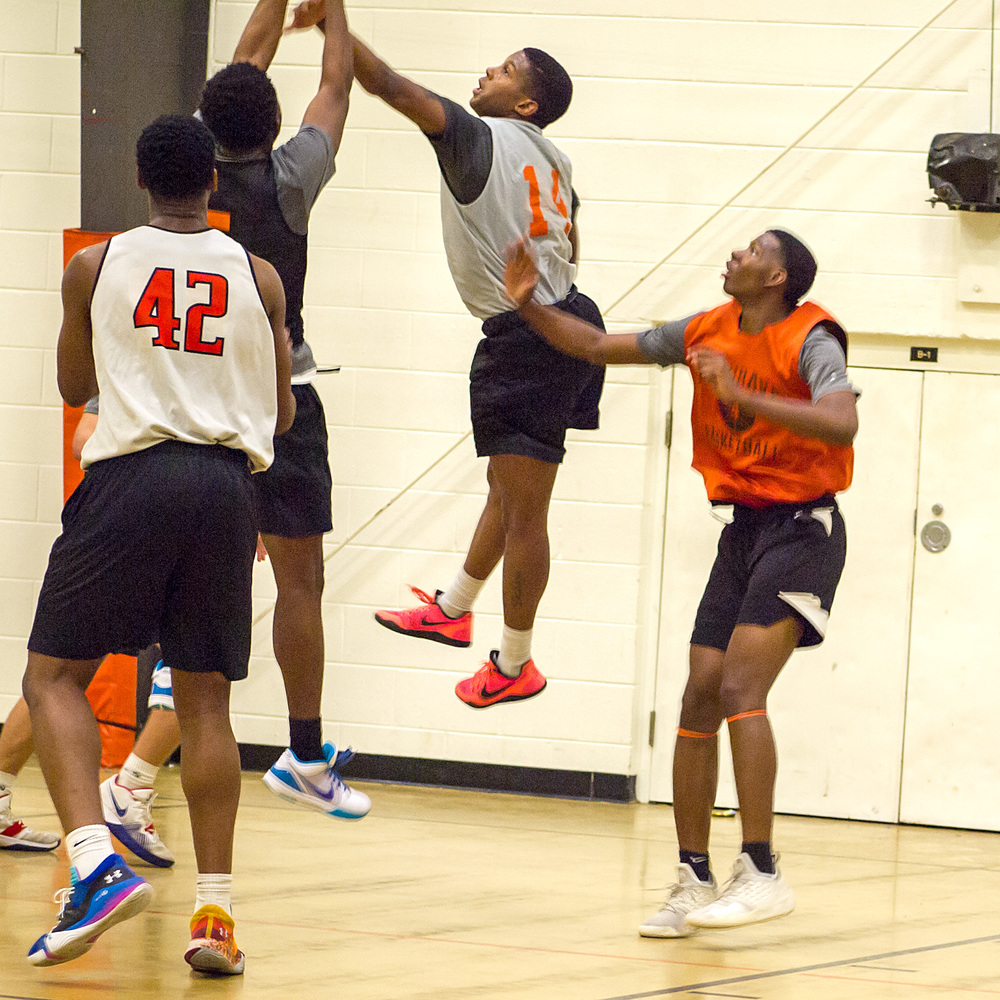 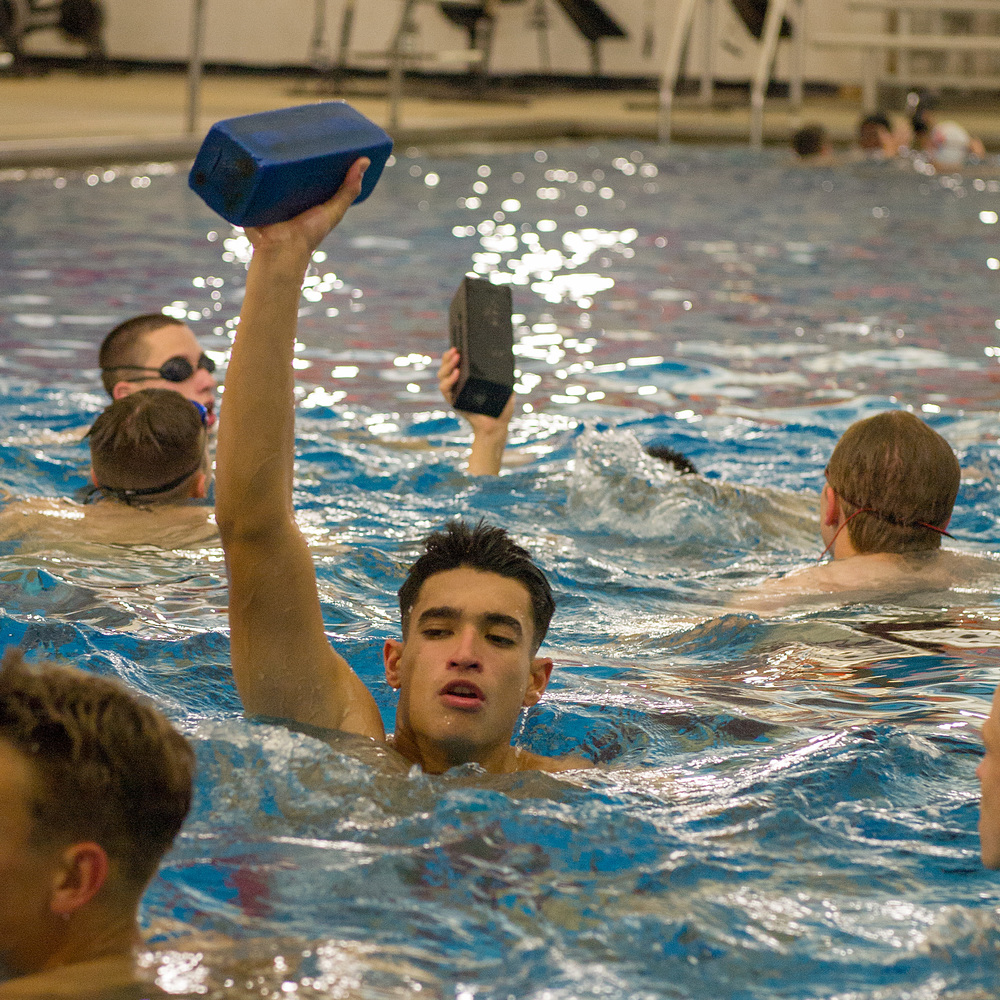 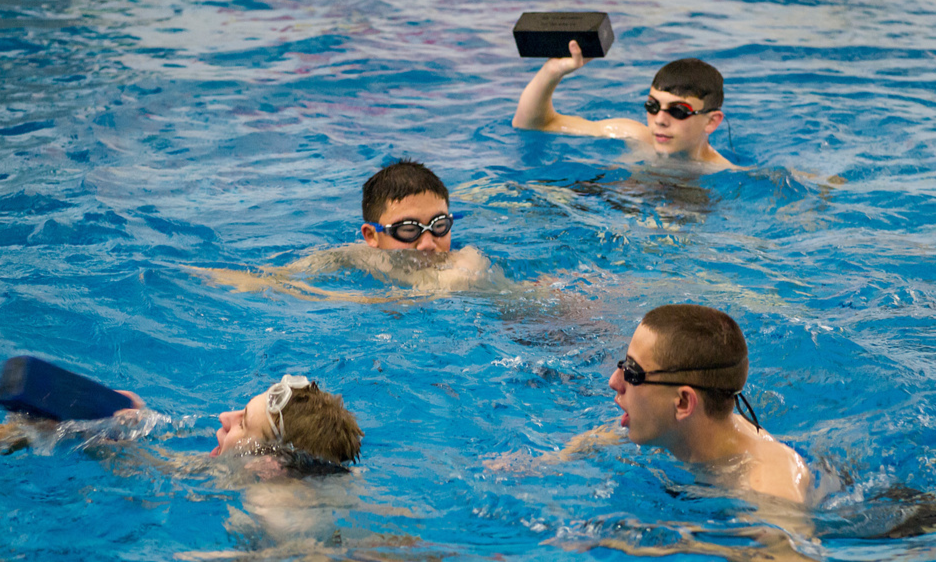